To continue to make the content of my website free and updated, please consider "whitelisting" my site in your ad-blocker. I know adds suck - but it would be a great help ...
Skip to content
Bourbon 101

Lesson 02: Where does the name “Bourbon” come from?

In this second lesson, I will be looking into another classic question: 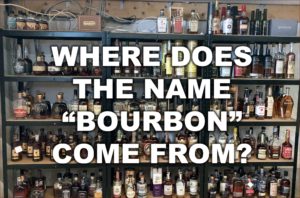 Do you want the good news or the bad news first?

Let us take the god news first: We know exactly where the name Bourbon comes from. And the bad news: We are not sure how the name Bourbon got attached to our beloved whiskey. Confused? Read on – and all will be (sort of) clear.

The name Bourbon comes from the “House of Bourbon”, which is the name of a part of the French royal dynasty – and to some extend the Spanish royal dynasty as well. A “house”, in this context, is sort of a nickname for a dynasty. The word entered the royal French family in 1272, when King Louis IX’s son married the daughter of the Lord of Bourbon. The Lord was the master of the “Bourbonnais” – a part of France that have had that name since the year 913.

OK, enough with the history lessons – let’s fast forward to near modern times.

So, while the origin of the Bourbon name is well documented, things get complicated, when we try to link it to whiskey; Let us start with what we know:

Until 1803, France controlled what is today the state of Louisiana. As a result, there are a ton of places in that state – and especially in New Orleans – with French names. This includes, of course, the in(famous) Bourbon Street. Bourbon Street was created by the French in 1721 under the name “Rue Bourbon” – and was named after the aforementioned French royal house. When Spain took over New Orleans from France in 1762, the name changed to “Calle de Bórbon”. “Rue” is the French word for street and “Calle” is the Spanish equivalent – so all is good.

When Bourbon Street shifted from a residential area to something more like a red-light district around 1900, the bars and restaurants started to sell a lot of whiskey from Kentucky, that had been transported in charred oak barrels, down the Ohio River and Mississippi River, to New Orleans. It was sold to compete with the more expensive Cognac, imported from France. As you will be able read in the upcoming lessons, spending time in charred oak barrels does wonders for the quality of whiskey – and it soon became known, that if you wanted to buy good whiskey, you should go to Bourbon Street.

And that could have been the end of this post: Bourbon whiskey is named after Bourbon Street in New Orleans.

BUT there is one other possible explanation – and to this day, the historians are still debating which is the right explanation. As it turns out, there was an area in Virginia called “Old Bourbon” comprising 34 smaller counties. When Kentucky separated from Virginia in 1792, Old Bourbon was split into those 34 counties and one of them – now in Kentucky – was simply called “Bourbon County” (named after the French royal house, just like Bourbon Street). Since it has been documented that whiskey has been made for ages in that county, many people find it more than likely, that the Bourbon name for whiskey stems from that specific county.

The reality is, however, that no one really knows – as the early settlers in the US were notoriously bad at documenting events. Even though it is very tempting to go with the Bourbon County story, I personally lean more towards the Bourbon Street angle.

So there you have it: Many questions answered – but the big one remains open 😊